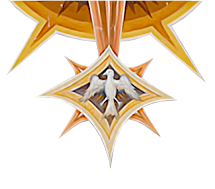 The Mission of the Orthodox Church in Today’s World

THE MISSION OF THE ORTHODOX CHURCH IN TODAY’S WORLD

The contribution of the Orthodox Church in realizing
peace, justice, freedom, fraternity and love between peoples, and in
the removal of racial and other discriminations.

For God so loved the world that he gave his Only Son, that whoever believes in him should not perish but have eternal life (Jn 3:16). The Church of Christ exists in the world, but is not of the world (cf. Jn 17:11, 14-15). The Church as the Body of the incarnate Logos of God (John Chrysostom, Homily before Exile, 2 PG 52, 429) constitutes the living “presence” as the sign and image of the Kingdom of the Triune God in history, proclaims the good news of a new creation (II Cor 5:17), of new heavens and a new earth in which righteousness dwells (II Pt 3:13); news of a world in which God will wipe away every tear from people’s eyes; there shall be no more death, nor sorrow, nor crying. There shall be no more pain (Rev 21:4-5).

Such hope is experienced and foretasted by the Church, especially each time the Divine Eucharist is celebrated, bringing together (I Cor 11:20) the scattered children of God (Jn 11:52) without regard to race, sex, age, social, or any other condition into a single body where there is neither Jew nor Greek, there is neither slave nor free, there is neither male nor female (Gal 3:28; cf. Col 3:11).

This foretaste of the new creation—of a world transfigured—is also experienced by the Church in the countenance of her saints who, through their spiritual struggles and virtues, have already revealed the image of the Kingdom of God in this life, thereby proving and affirming that the expectation of a world of peace, justice, and love is not a utopia, but the substance of things hoped for (Heb 11:1) , attainable through the grace of God and man’s spiritual struggle.

Finding constant inspiration in this expectation and foretaste of the Kingdom of God, the Church cannot remain indifferent to the problems of humanity in each period. On the contrary, she shares in our anguish and existential problems, taking upon herself—as the Lord did—our suffering and wounds, which are caused by evil in the world and, like the Good Samaritan, pouring oil and wine upon our wounds through words of patience and comfort (Rom 15:4; Heb 13:22), and through love in practice. The word addressed to the world is not primarily meant to judge and condemn the world (cf. Jn 3:17; 12:47), but rather to offer to the world the guidance of the Gospel of the Kingdom of God—namely, the hope and assurance that evil, no matter its form, does not have the last word in history and must not be allowed to dictate its course.

The conveyance of the Gospel’s message according to the last commandant of Christ, Go therefore and make disciples of all nations, baptizing them in the name of the Father and of the Son and of the Holy Spirit, teaching them to observe all that I have commanded you (Matt 28:19) is the diachronic mission of the Church.  This mission must be carried out not aggressively or by different forms of proselytism, but in love, humility and respect towards the identity of each person and the cultural particularity of each people. All the Orthodox Church have an obligation to contribute to this missionary endeavor.

Drawing from these principles and the accumulated experience and teaching of her patristic, liturgical, and ascetical tradition, the Orthodox Church shares the concern and anxiety of contemporary humanity with regard to fundamental existential questions that preoccupy the world today. She thus desires to help resolve these issues, allowing the peace of God, which surpasses all understanding (Phil 4:7), reconciliation, and love to prevail in the world.

A. The Dignity of the Human Person

B. Freedom and Responsibility

4. Peace and the Aversion of War

E. The Attitude of the Church Toward Discrimination

F. The Mission of the Orthodox Church
As a Witness of Love through Service